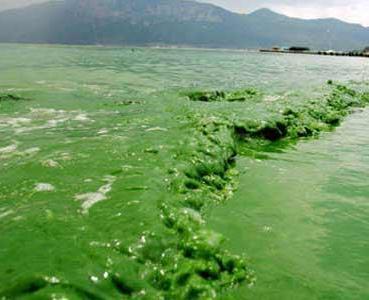 Harmful algal blooms have become a worldwide concern. Microcystins (MC) the most frequently reported cyanobacterial harmful algal bloom toxins，which could not only destroy the aquatic environment and affects the quality of water bodies, but could also enter the aquatic and riparian food webs including, posing a threat to human health[1].

Therefore, our project is mainly committed to solving the harm of algae toxins and the problem of cyanobacteria blooms, designing "biological vaccines"-algae phages that can degrade algal toxins, and establishing an anti-escape 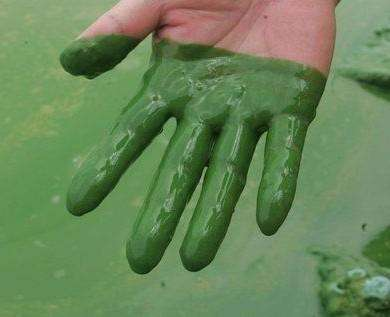 system that depends on the content of algal toxins, so as to realize the dual effects of killing cyanobacteria and reducing algal toxin in water. We mainly focus on water environment management and related engineering fields such as tap water treatment, aquatic product breeding, and coastal irrigation water purification. It has a wide range of applications and good market value.

MCs-dependent cyanophage (Toxin-dependent algal phages) capable of degrading algal toxins were designed and constructed to achieve the effect that the number of algal phages could be automatically and intelligently regulated according to the content of algae toxins.

In the laboratory stage, we design an orthogonal translation system based on the two non-natural amino acids (Mdha and β-Me-Asp) produced by the degradation of algael toxins, so that the modified cyanophages could translate the termination codon of our shell protein into these two unnatural amino acids and functions normally.

Unfortunately, due to the pandemic impact and time constraints, our design temporarily replaced by well-studied aaRS/tRNA orthogonal translation system (The Pyrrolysyl-tRNA pair designed according to Methanosarcina mazei, which can recognize Boc-lysine). Although there is no effect of automatic adjustment, the success of this design provides us a template to further verify the feasibility of our assumption. We can finally replace Boc-lysine dependent type with Mdha and β-Me-Asp dependent type by mutation and screening to achieve the desired goal.

Lin Shi-xian successfully used the same way to construct the orthogonal translation system in , which provided the possibility of our assumption. [2]

At present, we plan to build a small purification tank and carry out a small-scale engineering practice through the joint delivery of Boc- lysine-dependent cyanophage and non-natural amino acids. Due to uncontrollable restrictions on the price and concentration of unnatural amino acids, we are initially only used to solve small-scale purification of drinking water and aquaculture production water.

After the project is mature, MCs-dependent cyanophages can be added to water treatment plants, aquaculture ponds, large reservoirs or lake waters. Before the release, we will add a "coat" of non-natural amino acids to the engineered phages to ensure that the concentration of non-natural amino acids in the early stage can reach the necessary content for cyanophage proliferation. In the later stage, there was no need for too much human intervention. cyanophages could recognize the concentration of MC in the water and realize the dual functions of MC degradation and killing cyanobacteria by lysis. After MC degradation was completed, cyanophages were "starved to death".

Compared with the shortcomings of traditional physical treatment, such as high manpower input, secondary pollution caused by chemical methods, and high cost and instability of biological algae control, our project has strong advantages, such as strong pertinence and low cost, which can not only bring economic benefits to users, but also create social values such as environmental governance and ecological balance. According to our social survey, the public has high expectations for our project.

In view of the fact that the chassis microbe we chose- the algal, has the general characteristics of a virus and the characteristics of synthetic modification, there may be a certain environmental risk, but the degree of risk is relatively small.

1) Release of MC: cyanophages may release MC into water during the process of dissolving and killing cyanobacteria.However, since our designed cyanophages can synthesize mlrA enzyme by themselves, they have high degradability of MC (verified by in vitro experiments).In theory, most MC can be degraded, so that the MC in the final water body can be maintained at low levels, though not completely eliminated.

3) The fluidity of water may lead to the release of our engineered bacteria into other water environments, which will wipe out cyanobacteria and affect the ecological balance. Although cyanophages can proliferate in water containing specific non-natural amino acids theoretically, the content of non-natural amino acids in the actual environment needs to be enriched to a certain concentration, which is difficult to achieve in normal water environment. At the same time, our engineering practice requires the construction of certain closed areas to provide a certain level of security.

4) Introduction of exogenous genes: Because mlrA was inserted into the cyanophages, it may cause safety problems such as gene transduction. In fact, there are some bacteria (containing mlrA genes) that can degrade MC in normal water, such as Sphingomonas sp., Sphingopyxis SP, Novosphingobium SP, Stenotrophomonas sp. and so on. Although the insertion of mlrA genes into the cyanobacteria genome has the potential for lateral transfer, the probability is extremely low.

Affected by COVID-19 and other factors, people still have some concerns and fears about using the virus. The application of cyanobacteria to the treatment of lake water and the treatment of drinking water and aquaculture water is facing certain public opinion pressure. During the epidemic, we spread and popularized virus-related knowledge through zhihu live broadcast and popularization of science, so as to enhance people's recognition. See our Education and Engagement pages for more.