Welcome to our BioBrick library!

Here is a closer look into our DNA inserts and how they will function in their respective composites:

One of the many proteins secreted into the mussel foot by Perna viridis. It is the first protein secreted in the adhesion process, providing the first form of adhesion between the mussel and the target surface. This coding sequence is for the beta isoform of the Pvfp-5 protein found in nature. The isoform has the same coding sequence to its parental analogue but varies in its native fold. We have implemented the BioBrick Standard10 method to clone this sequence into the plasmid backbone. Due to 2 PstI sites present in this coding sequence shown below, we have chosen to use EcoRI and XbaI to make the insert in our backbone and EcoRI and SpeI to isolate our biobricks. Therefore regenerating the BioBrick prefix and producing an 8bp scar site at the 3’ end of the sequence once cloned.

This coding sequence is part BBa_K3033013 from the registry and will be used as part of the co-expression system. Tyrosinase has both monophenolase and o-diphenolase activity. The former hydroxylates tyrosine residues on their benzene ring to a monophenol intermediate and the latter further hydroxylates it to a diphenol (DOPA). Tyrosinase can then perform controlled oxidation of these DOPA residues to form dopaquinone. Finally it will catalyse the polymerisation of o-quinones to a polyphenol. In doing so it regenerates hydroxyl groups on the benzene rings which will subsequently hydrogen bond to its substrate (the SCI injury site). The tyrosinase being expressed parallel to the Pvfp-5β protein will result in in vivo polymerisation. This sequence will use ORF 428 to ensure copper atoms can associate at the active site of the enzyme. This will allow for optimal enzyme activity. The tyrosinase insert will be placed in a separate vector to the Pvfp-5β insert and form a co-expression vector system. This part is called BBa_K3635000 and can be found here. 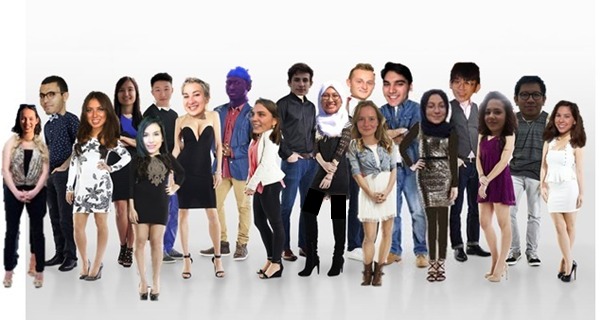