The aim of our project is to supply communities experiencing vitamin A deficiency with our product, a nutritional yeast, to provide them with ability to create a sustainable source of nutrients. For this to happen, we will need to culture our yeast at the local community level. Therefore, we needed to develop a bioreactor capable of accomplishing this task in suboptimal conditions while also being sensitive to the available resources in these areas.

What do the people need?

We couldn’t just draft a design from our desk and expect it to be successful in various locations worldwide. We first needed to design a Laboratory Adaptable Bioreactor (LAB) that would simulate the conditions that our users would experience and give important data regarding the variables required to support growth. This would later guide us in determining the necessary specifications for our user-level bioreactor as well as making design predictions.

When speaking with Dr. Charles Mather, a nutritional anthropologist at the University of Calgary, he mentioned that his experience working in developing nations suggested that locals are much more knowledgeable about using their resources than we are. Therefore, the Field Adaptable Bioreactor (FAB) needs to be as simple and flexible as possible to allow for end-user construction using the varied resources they may have on hand. By supplying communities with the required growing conditions and design suggestions, they can efficiently determine the best design that fits their needs. This avoids the all-too-common engineering fallacy of designing a product that isn’t built around local, real-world conditions.

First, we needed some data to inform the design of our lab reactor. We then constructed growth models based on literature and conducted metabolic flux analysis. From that, we were able to calculate growth rates and growth with different substrates. Calculating the growth rates with a 50L bioreactor meant we should produce enough yeast for a group of 20 people. However, after meeting with Dr. Thomas Rydzak, we concluded that the calculations assumed unconstrained growth, and we needed to identify some constraints to improve accuracy.

We began experimenting with the yeast in the lab with tests like temperature sensitivity and the solutions change in pH during growth to obtain further data. One bit of data with significant value was whether or not the yeast would settle or remain suspended, and if it settled, how long would it take. The bioreactor's design relied heavily upon this. Tests showed the yeast settling in less than 12 hours which meant we could use a simpler design for our FAB since we wouldn’t have to filter the yeast from the solution. For the LAB, we determined filtering the yeast was still a better option because it was the most effective way to remove the most amount of yeast to better inform our growth models.

We have made a significant effort to apply Occam’s Razor to all of our designs in order to infuse simplicity into our bioreactor and to ensure that our product can reach as many people as possible.

In doing so, our research suggested that the lowest cost and simplest bioreactor design for cultivating our yeast was an airlift bioreactor. An airlift bioreactor uses the buoyancy of bubbles to push the water up in the center of the container to create a convection current that can continually mix the solution, creating a uniform distribution of yeast cells within their growth medium. When compared with a stirred bioreactor, the airlift reactor produced nearly equal production rates with less moving parts (Braga, 2015, 55-62).

Given how effective an airlift bioreactor is for cultivating this yeast, we can allow the unavoidable inefficiencies without harming our end goal of sustainable production. Combining our experiments, modelling data, and information from literature indicated that we could start working on our Lab Adaptable Bioreactor.

One possible design for a Field Adaptable Bioreactor includes two tanks; one tank will act as the main culturing tank and the second tank will be the collection tank. Once the main tank has reached the desired levels of yeast production, users will drain 75% of the yeast solution into the lower collection tank. In the collection tank, the yeast will have time to settle to the bottom. A drain located just above the height of the settled yeast can then drain most of the water leaving the yeast behind. To minimize the modifications and parts required, a simple siphon can be constructed. (see Figure 8) The remaining water could then be evaporated by placing a fire under the collection tank, making the yeast easier to collect, store and consume. To ensure nothing harmful begins to culture a fire can be used to sanitize the collection tank . 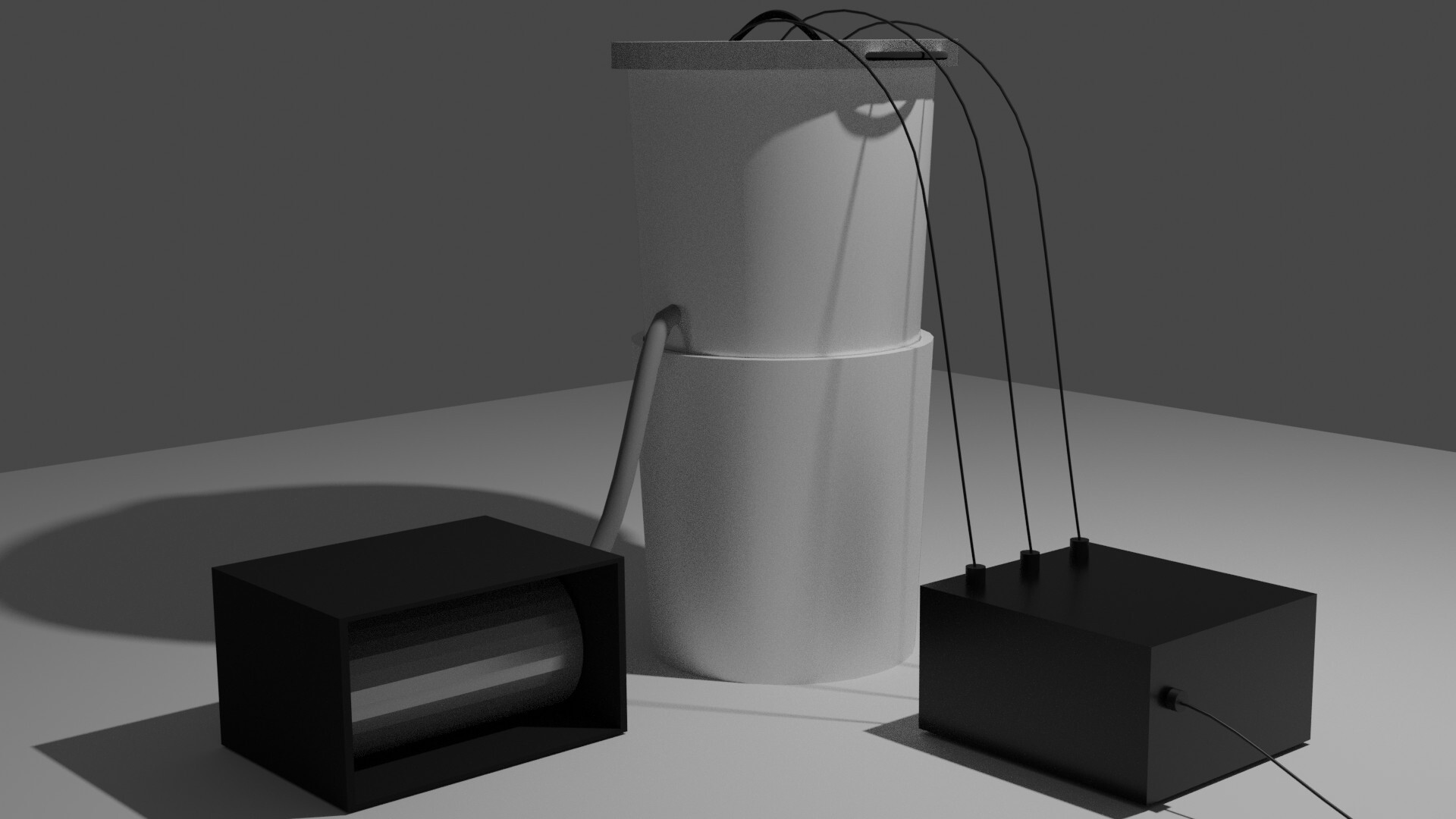 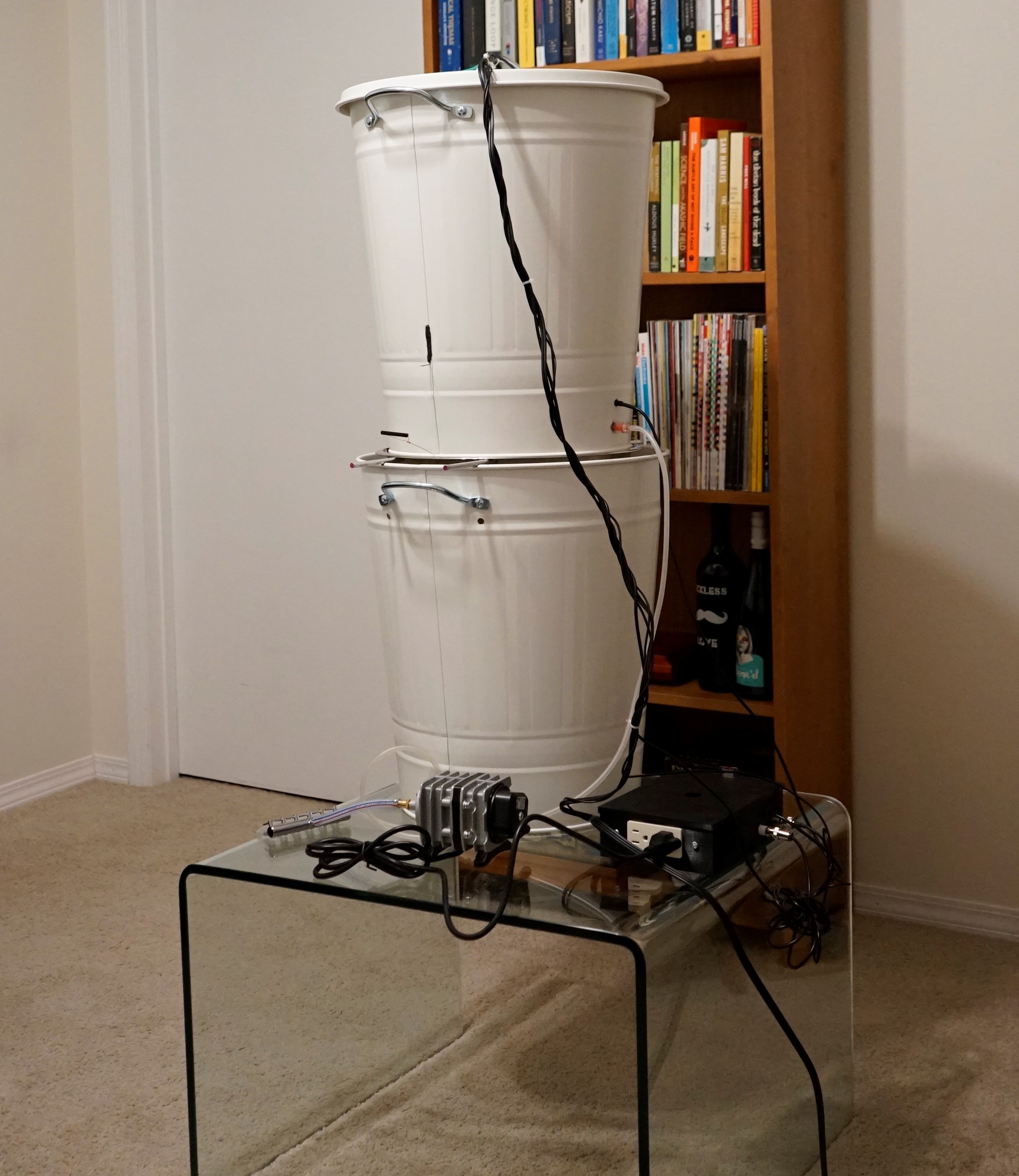 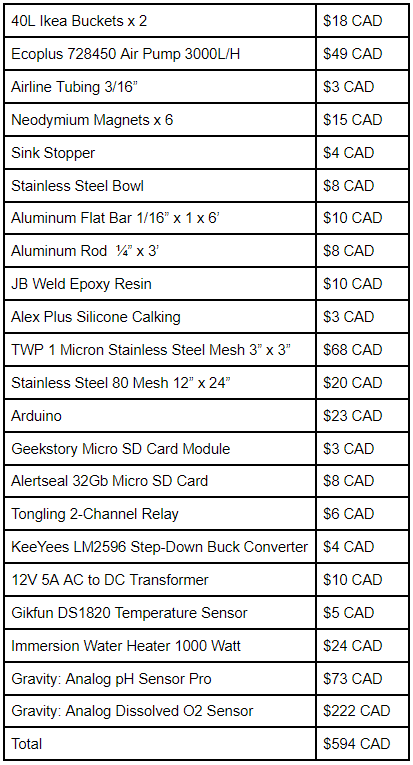 The most pertinent data for us is the growth conditions against diffused oxygenation levels, pH, temperature, the corresponding growth rates, settling rates and anything else that may require design considerations.

To achieve this we have the Gravity: Analog Dissolved Oxygen Sensor for determining the oxygenation rates in the solution because the yeast is an obligate aerobe meaning it requires oxygen to grow. Literature has shown substantial growth with 9L/min of air being pumped into the solution and therefore we are using a commercial air pump for aquariums that is capable of delivering a maximum 50L/min of air (Braga, 2015, 55-62). From that, we will be able to determine the minimal amount of oxygenation needed for growth and find a range of values to be able to predict the growth for that specific range.

To monitor pH, we are using the Gravity: Analog pH Meter Pro. This way we can continuously monitor the pH as it might change with cellular respiration. Our concern is that the yeast will convert the oxygen into CO2 and that CO2 in the solution will lower the pH to a point where the yeast will no longer be able to sustain life. Fortunately, our yeast can thrive at a pH of 4.5. (Timoumi, 2016)

In order to maintain or simulate the temperatures or temperature fluctuations of the locations we intend on distributing our yeast, the bioreactor will have an aquarium heating element and a DS18B20 digital thermometer.

Each of the components are controlled with an Arduino Uno inside a 3D printed box with all of the data being saved to the micro SD module as comma separated values in a text file. This text file can then be used to create a graph using generated data. In addition, a DS3231 time module will timestamp the data to ensure an accurate interpretation of the data.

You can find the code on the github here: Lab Adaptable Bioreactor Source Code 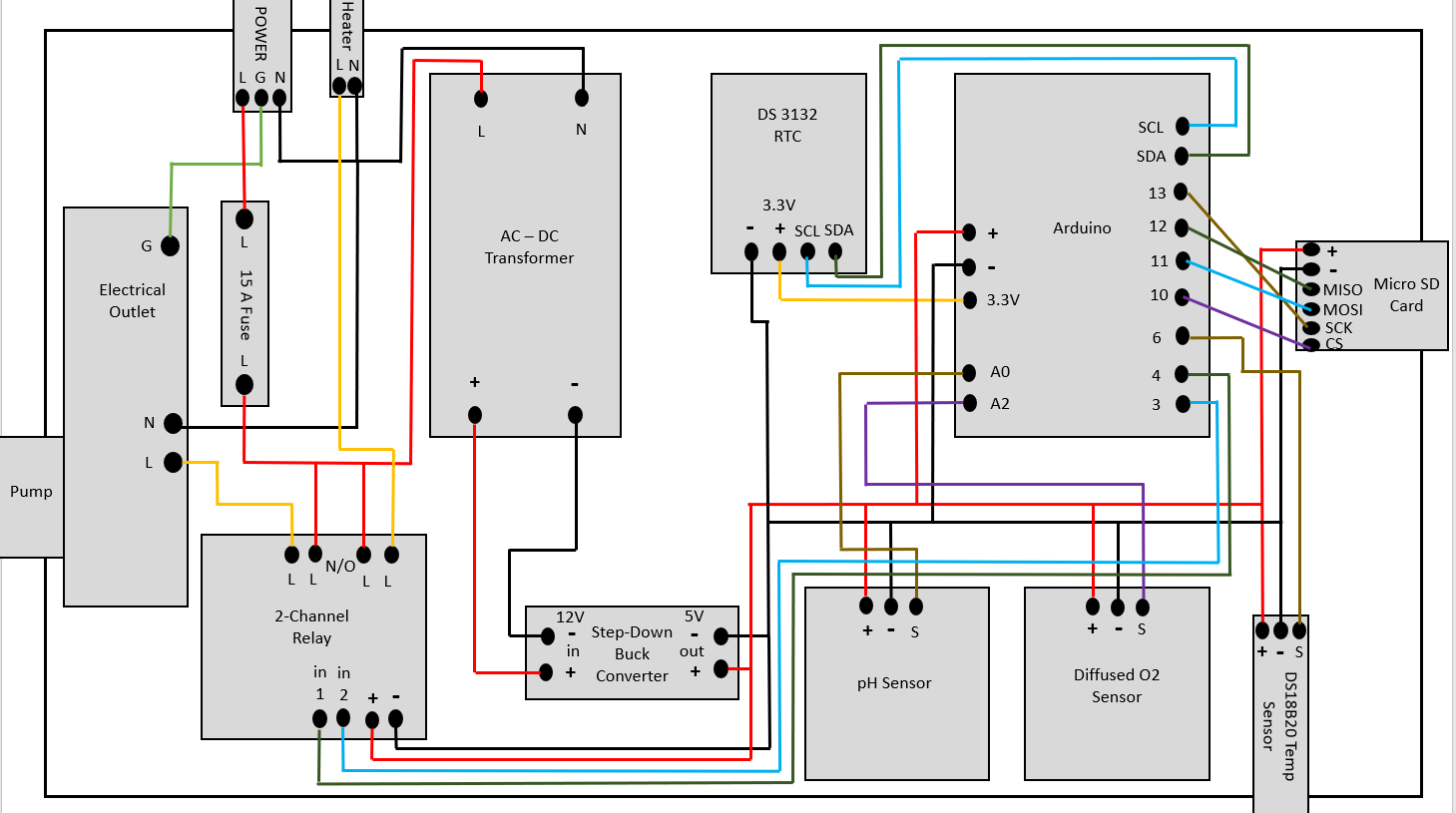 Since some of the electrical components are using an AC current, safety is a major concern. To address this concern, we made sure to include the following:

The general design for a Field Adaptable Bioreactor includes two tanks; one tank will act as the main culturing tank and the second tank will be the collection tank. Once the main tank has reached the desired levels of yeast production, users will drain 75% of the yeast solution into the lower collection tank. In the collection tank, the yeast will have time to settle to the bottom. A drain located just above the height of the settled yeast can then drain most of the water leaving the yeast behind. To minimize the modifications and parts required, a simple siphon can be constructed. (see Figure 6) The remaining water could then be evaporated by placing a fire under the collection tank, making the yeast easier to collect, store and consume. The fire would also be used to sanitize the collection tank to ensure nothing harmful begins to culture. 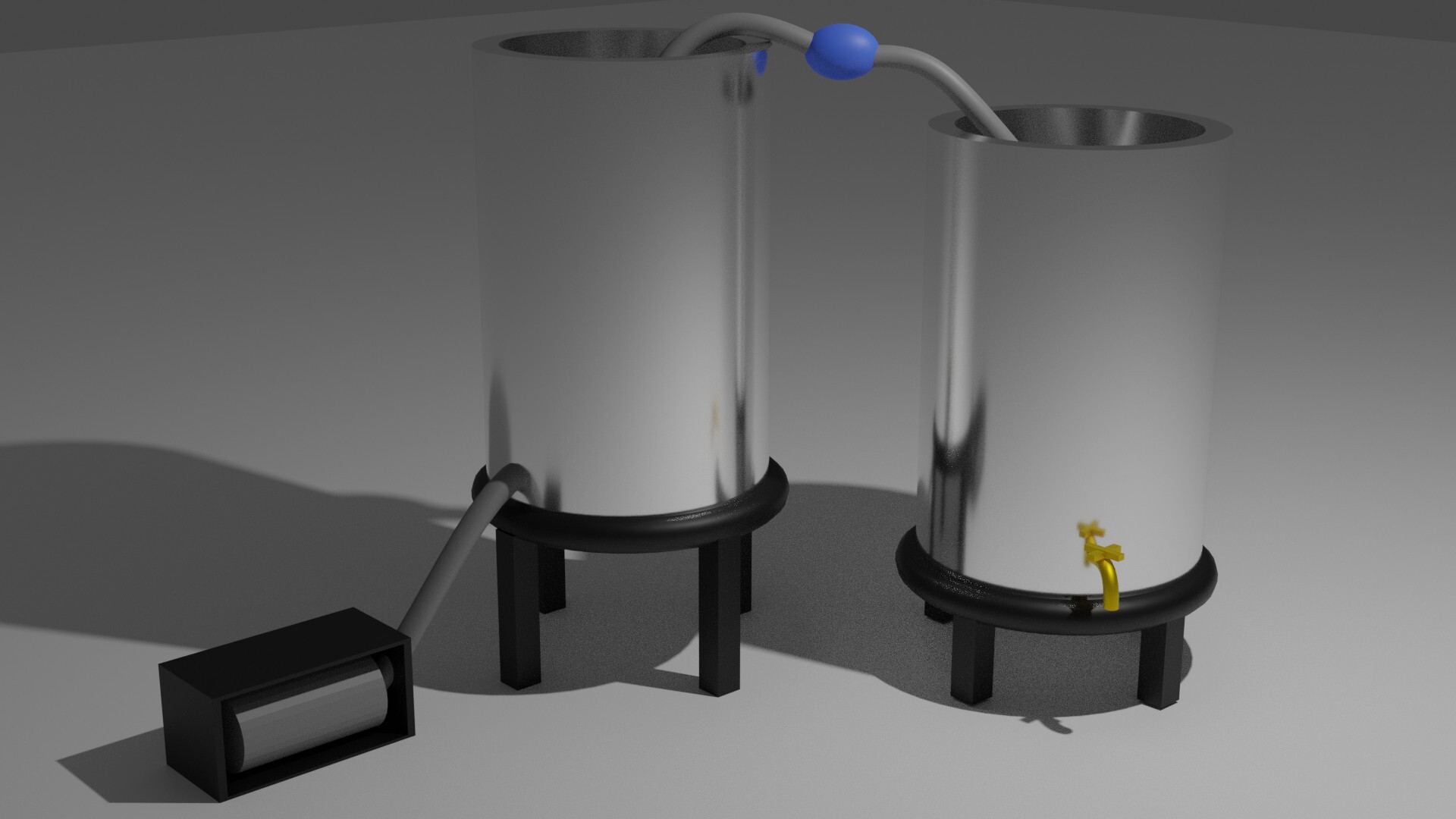 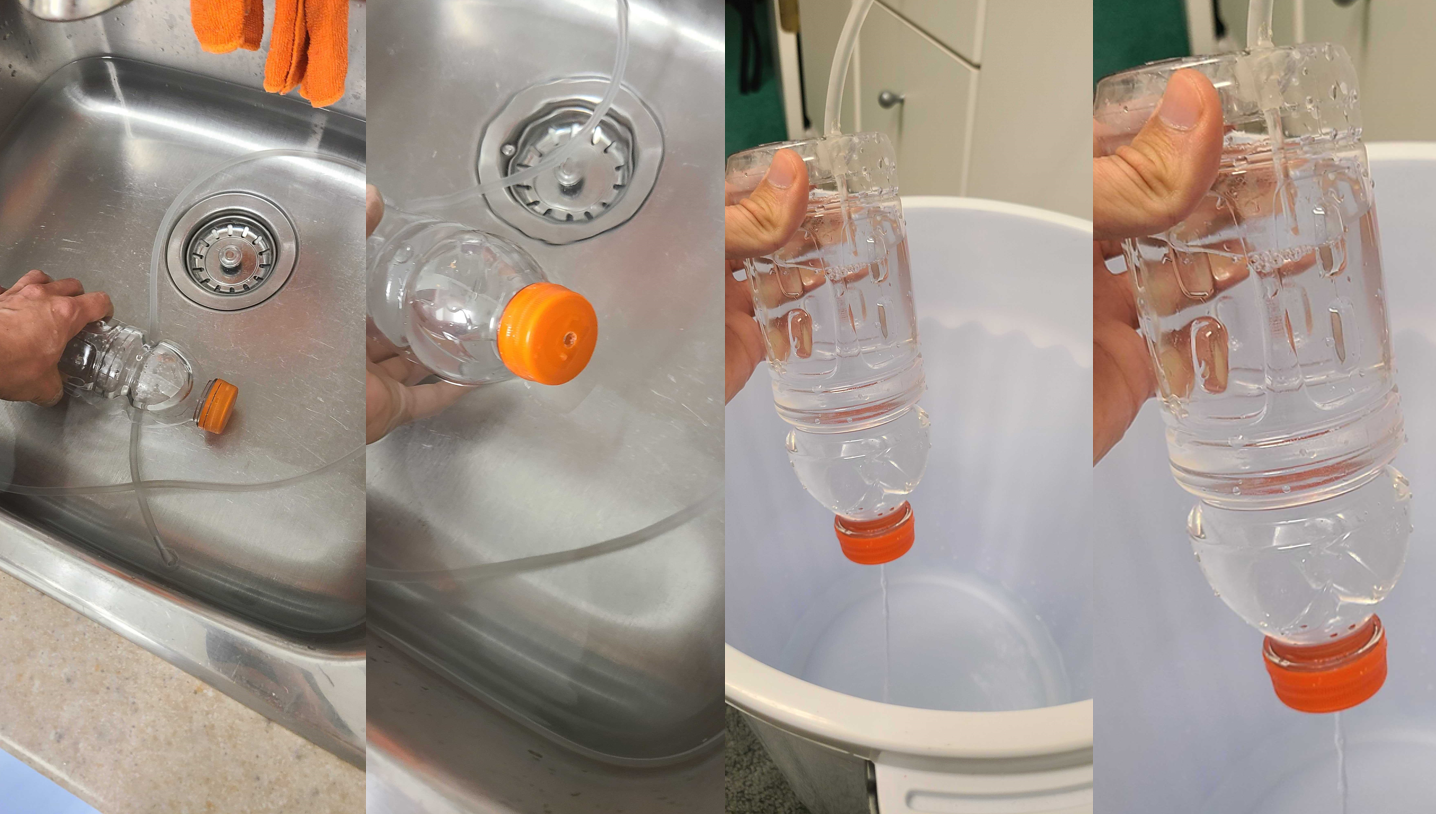 Figure 8. DIY Siphon. An example of various design solution we will provide.

Bioreactor modelling is an essential step to determining a bioreactor’s performance in any given condition. With the current public health situation making in-person collaboration much harder, it has become more important for the team to use information gathered from mathematical models and previous experimental data. Optimal growth conditions for microorganisms like Yarrowia lipolytica are often complex, and this makes it difficult to design and scaled-up a bioreactor (Nauha, 1970). While it is not the most accurate method of determining the parameters for a bioreactor, it gives us an idea of what to expect when the actual testing is done. 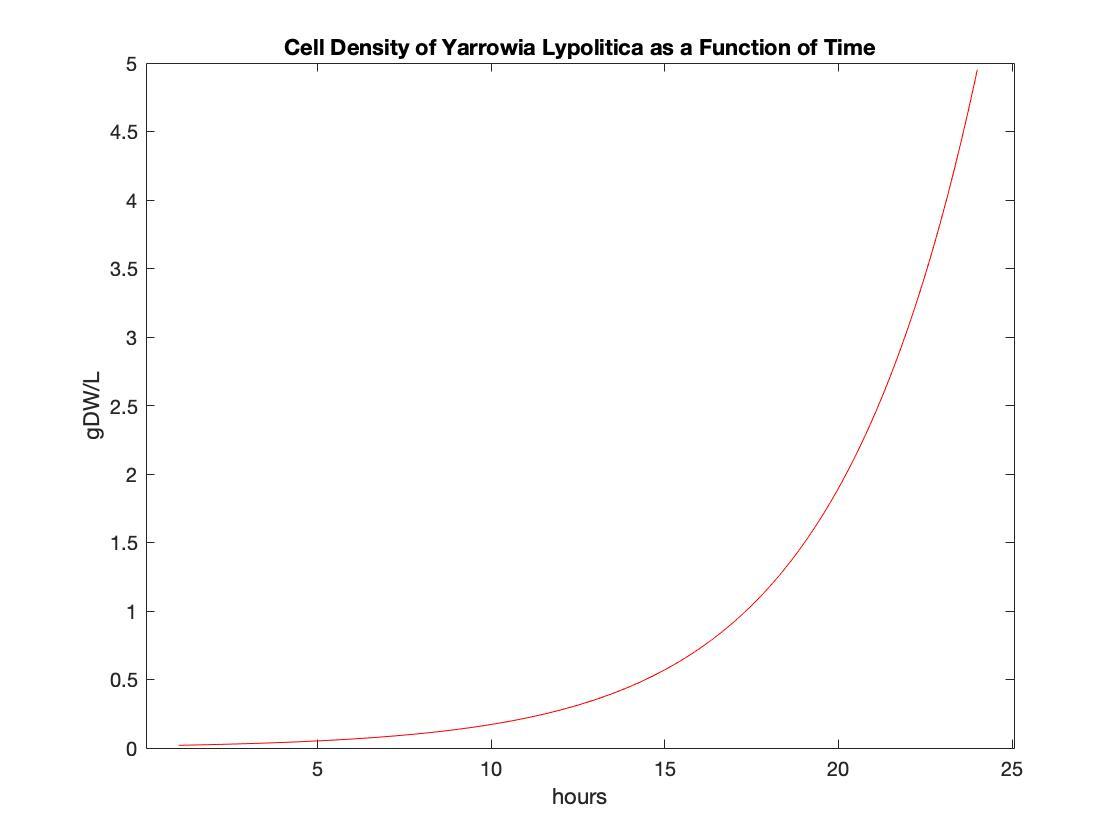 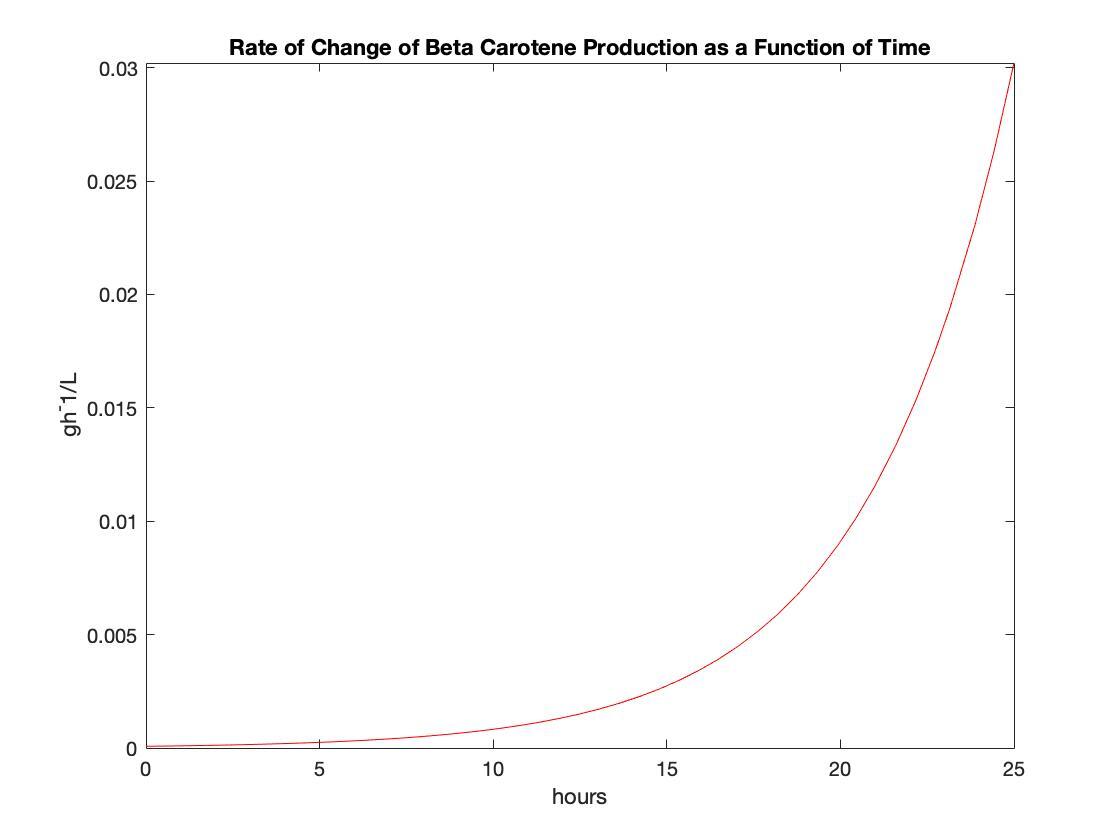 The value for the yeast’s growth rate was taken from literature (Workman et al, 2013). In order to determine the cell density at a given point in time, the model uses the growth rate equation (Carlsson, 2009). The rate of change in beta-carotene , on the other hand, is modelled from the rate of change in biomass equation (derived from mass balance equation). The rate of change in oxygen consumption uses the same function except it has a downward trend. It is important to note that these models were made with the assumption that the yeast culture follows an unconstrained growth pattern. The model does not take into consideration which substrate is the limiting factor in the growth of the culture.

With the LAB built, we were able to run a test as a proof of concept. After finding literature to support sucrose as a viable feedstock we felt comfortable using it for this test (Lazar, 2013). The literature used a ratio of 50g of sugar per 1L of water. To reduce the amount of sugar used, we put 1 kg of sugar in 20L of water. 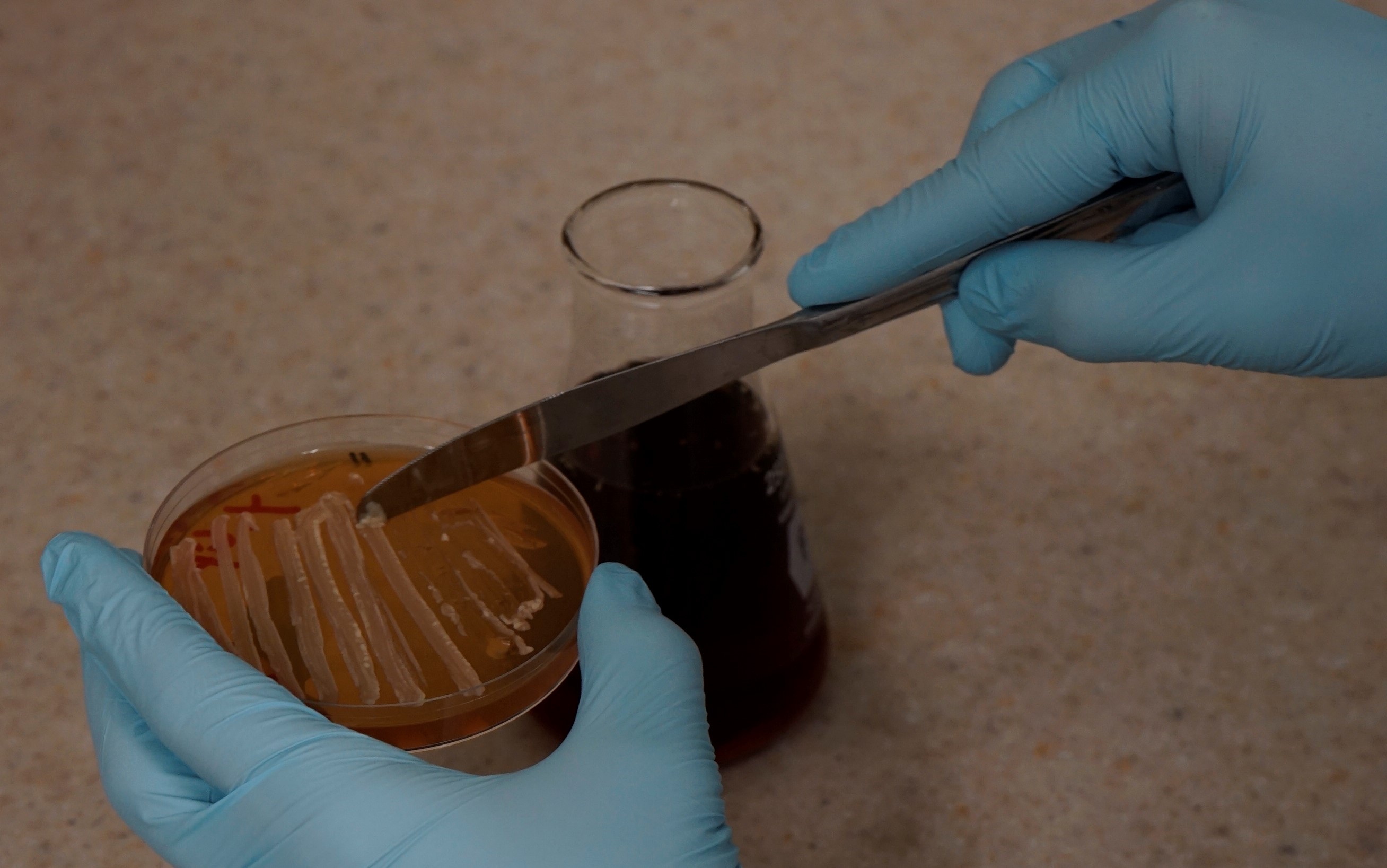 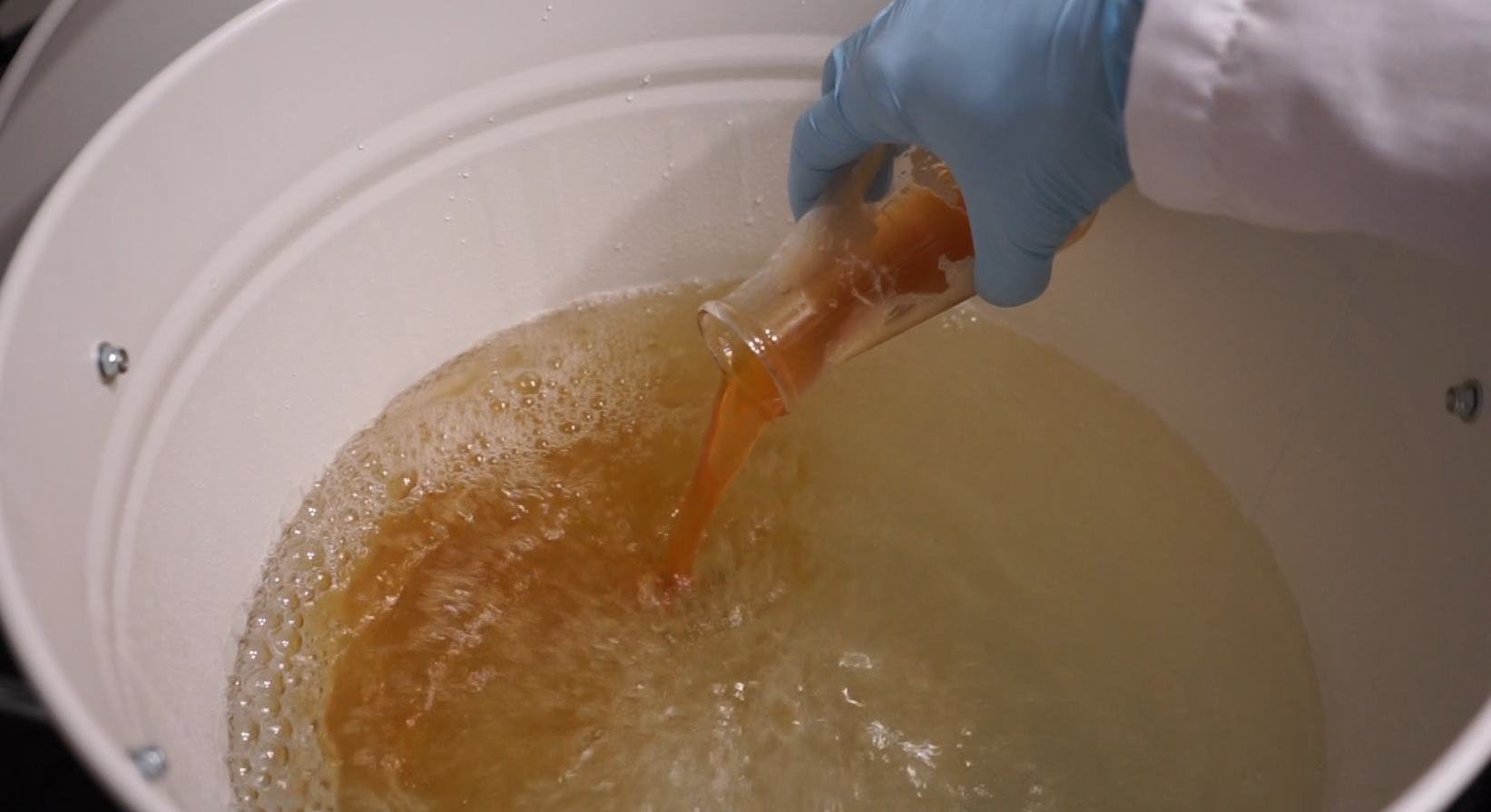 Figure 10. Adding yeast to the bioreactor.


After 36 hours we drained the solution to see if our yeast had grown and unfortunately they had not. It is assumed that either improper handling caused the yeast to die before being put into the bioreactor or there was a problem with using sugar water as a growth medium.

To improve upon the electrical components we hope to implement a Snubber module across the contacts and high power relay to reduce the wear on the relay since there is a considerable amount of current being used. We also would like to change the rubber sink stopper out for a more robust way of sealing the drain.

To better understand the conditions with the greatest effect on the yeasts survival we will design a series of experiments designed to isolate the variable with the largest effect.

3. Carlsson, B. (2009). An introduction to modeling of bioreactors. Retrieved 2020, from http://www.it.uu.se/edu/course/homepage/modynsyst/vt09/Lecture/DynSystBior2009.pdf